Its quite strange I moved from the inner west of Sydney to the lower North Shore but noticed how there is not that many cafes as there is in the Inner West. I use to go to a cafe near… Read more ›

More than just bread and butter

I had Lunch with my beautiful Girlfriend on Sunday the 23rd Feb 2014. The place was small and the food was OK. Our Ice coffee good 7/10 and my burger was average but ended up being quite juicy and tasty… Read more ›

I was in my local cafe in North Sydney called Cafe Perfetto and who do I see standing around having a chat it was UK comedian Alan Davies. He apparently is the godfather to the barista,s daughter. He is on… Read more › 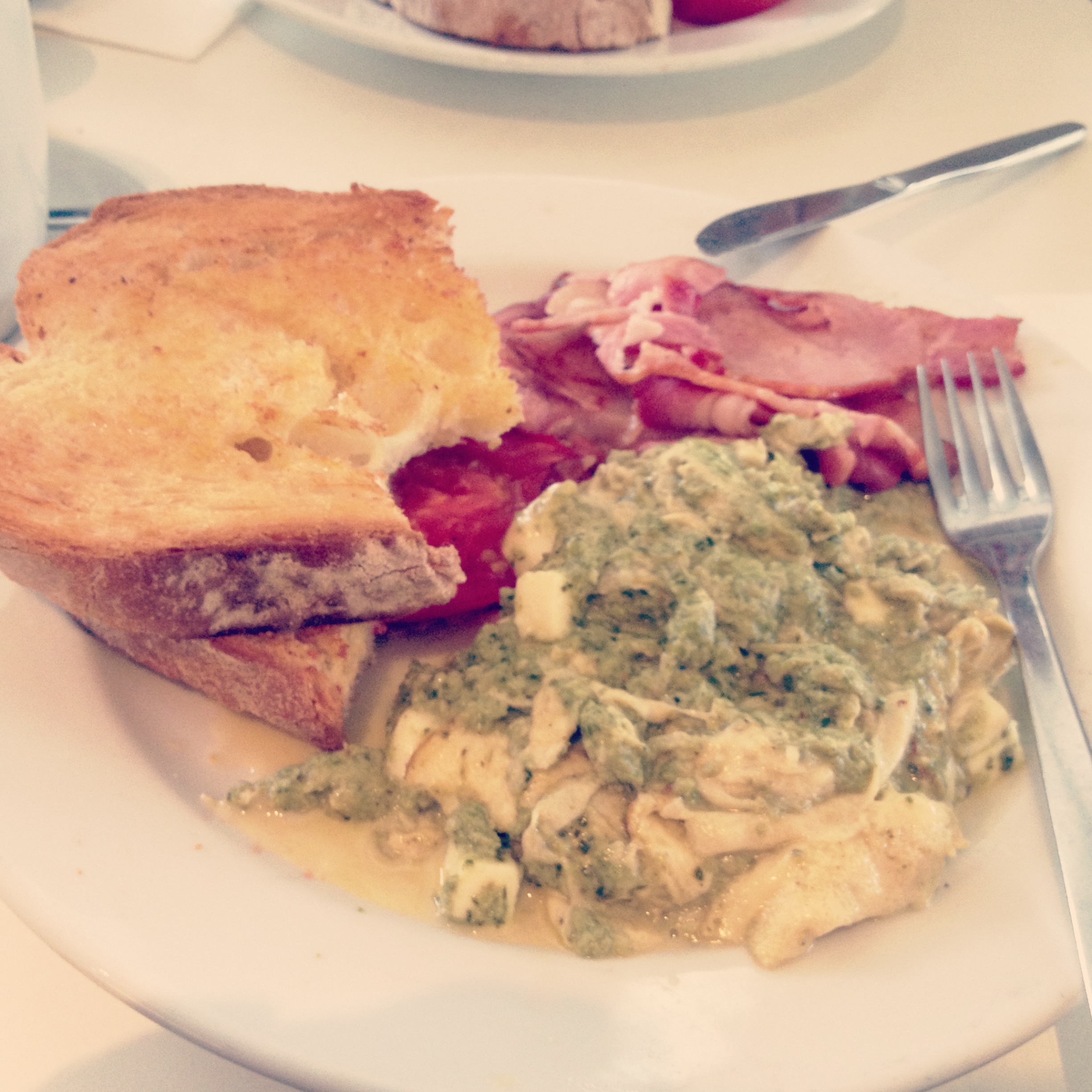 It was a rainy Sunday Morning and Yvette and I decided to go out for coffee. Yvette wanted to try out the Sideways Cafe in Dulwich Hill, NSW. The atmosphere was great the people were friendly. I had a coffee… Read more ›

A taste of Italy in Glebe

I was craving for a coffee so my partner and I went to Glebe and found this very cute little Italian Inspired cafe. As soon as you walk in you are overwhelmed by the refreshing atmosphere. Most cafe’s are stale… Read more ›

Musicians do not come cheap

I had an experience with a music friend of mine who played in a cafe just recently. The first gig was good, the cafe was full and we brought along 6 friends. The second gig the place was not packed… Read more ›

Lamb wrap with egg @ the Corner cafe in Balmain

I had a lamb wrap at this great cafe in Balmain Sydney. It was really relaxing and the staff were very friendly and polite. I recommend this cafe to anyone 10/10

An Oreo brownie and an Arctic Iced Coffee to die for.

Campos is well known for its coffee and has just opened up at 140 Smith Street Summer Hill NSW Australia. I visited yesterday being the 19th of October. Hey the vibe of this cafe is like being inside a kaleidoscope… Read more ›

It was a beautiful Saturday Morning, I had eggs Benedict on Saturday the 22nd of September at Envy Cafe and Gallery in Summer Hill with my Partner. Must say the food is to die for 10/10 Source: Uploaded by user… Read more ›

On Sunday the 12th of August I had brunch at the Fleetwood Macchiato Cafe in Erskinville Sydney This cafe has just recently changed owners. The atmosphere was a little cold however the coffee and food was very good. They pride… Read more ›

The Organic Pomegranate I do not think so

534 King Street, Newtown NSW 2042 I visited the Organic Pomegranate Cafe in Newtown with my girlfriend. We waited 30 minutes for our food. When our food arrived I was very disappointed, the atmosphere was stale and so was my… Read more ›

Yvette and I were on our way to Ikea to look around and to buy some Swedish food. On the way we stopped off at Rosa’s Kitchen As we sat and read the Sunday papers, I had a Cappuccino and:… Read more ›

Well today its raining. My mate Ben came over for a chat – we knew that we needed coffee and a light bite to eat. We were scratching our heads as to where to go so I decided to take… Read more ›

Terucafepizza It is the third time within one month that I have been to this Cafe/Pizza place. I must say the food is amazing. I took a friend of mine, Australian Photographer Ben Roper, out for lunch. He was very… Read more ›

I was having a coffee at Bar Valente, which is situated at 471 Marrickville Rd Dulwich Hill. Must say its a very relaxing cafe. The cafe is not trying to impress anyone with some sort of Urban chic. They make… Read more ›

What a find on a Saturday! By chance I happened to go to Danks Street, Waterloo Sydney. The last place I passed after walking from the top of the street was The French House and I was instantly drawn in… Read more ›

The view and the atmosphere is great. I had breakfast starting with an Iced Coffee and it was the best iced coffee I have had as it was actually icy cold! Served with ice-cream and powder coated with chocolate powder… Read more ›

Envy of all Cafes

Wow have I found a gem! Its called Envy Cafe & Gallery. 109 Smith Street Summer Hill NSW 2130. www.envycafegallery.com.au The atmosphere is very nice, the coffee is to die for and the food is very fresh, tasty and just… Read more ›